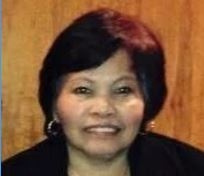 Susan was born and raised in Pampanga, Philippines. Susan started her interest in cooking at a very young age at her mom's kitchen. In 1989, she came to Canada with her employer from Hongkong. Although her work was mainly with children she has always been  happiest at the kitchen in her employer's home, cooking for her employer’s family.  After two years , she continued her passion for cooking and enrolled at the Art Institute of Vancouver’s Pierre Dubrulle Culinary Arts Program. Susan also worked and managed a number of restaurants in Vancouver.  In 2012, saddened by her mom's passing, Susan was introduced by a friend to  the MHHS family where she found something to involve herself with, volunteering . From volunteering, she eventually moved up to be a director of the board from 2014-2016. Today, while doing private catering services and some sub-contracting for cleaning services, Susan once again is on the B.O.D, ready to serve MHHS clients and the community at large.
Column